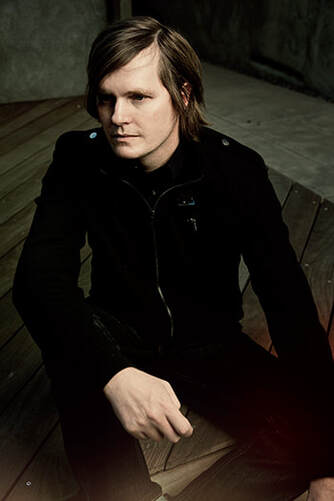 ​Tommy Walter is a film and television composer based in Los Angeles. He is currently working on the reboot of Clone High (creators Phil Lord, Christopher Miller, Bill Lawrence producing) due out on HBO Max in 2023. He has also written scores for a number of films and television programs as well as commercial spots and trailers for Disney+, Sony, Dreamworks, and HBO among others.

Tommy began his career as a founding member of the critically acclaimed band EELS. The band toured the world in support of their release Beautiful Freak and the alternative rock hit “Novocaine For The Soul," winning the group a BRIT Award for Best International Breakthrough Act. Tommy then went on to start his own project, so far releasing four albums under the moniker ABANDONED POOLS. The single "The Remedy" reached number one on the MTV2 Rock Countdown while the band continued touring in America, Europe and Japan with artists such as, Garbage, Lenny Kravitz, Pink and A Perfect Circle.

An LA native, Tommy spent his teenage summers at the Idyllwild Arts Academy in Southern California and the Interlochen Center for the Arts in Michigan where he studied French horn and jazz bass. In college, he continued his studies in French Horn at the USC, performing in the USC Symphony, but soon found his true calling in composition. He earned a Bachelor of Music in Theory & Composition studying with composers Donald Crockett, Stephen Hartke and Morten Lauridsen. He furthered his studies there with a Certificate in Scoring for Motion Pictures and Television under the guidance of film scoring legends Jerry Goldsmith, Buddy Baker, and David Raksin.
CONTACT
Artwork by Brie Walter